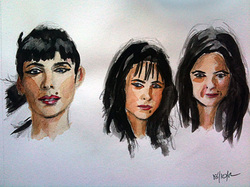 Beautiful, strong, determined and no-nonsense, Selena is in many ways the star of my book. I spend much time exploring Selena, her past, and her current motivations, so much so that I honestly feel she deserves her own book. Or a series of books.

For the most part, Selena acts as mentor for Jet, helping him come to terms with not only his new powers, but also his rapidly fracturing mind. In this roll she is calm, compassionate and understanding, even if her exterior of ice forbids her from openly saying so. I worked hard at making Selena a mystery that slowly unfolds as the story progresses. Naturally I was attempting to say some things about first impressions and those old clichés about books and covers. But more so, I was trying to create a person who was deeply real and human. What can be more bonding than learning a person’s deepest, most personal secrets?

I hope that as Jet grows to feel attraction for Selena that likewise the reader can fully understand and relate to the feelings. That’s not so I hope that every reader falls in love with her, (although that would be fantastic), but that the chemistry between them is completely believable.

But what would a character be without flaws, blemishes and imperfections? I have spent much of the book delving into Selena’s obsession with perfection, a characteristic that reveals itself in her refusal to step beyond the law. In this way I hoped to show two sides of the same coin, contrasting her with Benny’s lack of conscience in abusing his government given powers. Both these stances; unquestioning obedience of the law and causal flaunting of the law, hold their own consequences, and I hope I have shown this in the narrative.

With Selena’s perfection obsession comes many other levels of her character, and as she helps Jet overcome his issues her own are slowly revealed. I think there is something very fascinating about being given the freedom to see inside a person’s head, and allowing that window into the mind of Selena is something I believe many can appreciate. I have written more about where the motivation for Selena’s character came from in the other pages of this website, but to say that creating her was a long, interesting and fascinating process is an understatement.

If there is one thing I've learned in trying to write compelling stories, it’s that readers are often more gripped by what is not given then what is. For this reason, I never allowed Selena and Jet to actually form a solid relationship in the first book of Balance. Whether they do or not in future books remains to be seen, but much work has gone into making Selena seem like the ultimate prize for Jet. Him getting her would be “like winning the lotto”, in his own words, and I rather blatantly dangle her in front of him like a crunchy carrot. She is, in no uncertain terms, one of the few fortunate things that happen in Jet’s life, and I hope that the reader is rooting for him to get her, if nothing else.

It is hinted at the end of Balance that Selena is undergoing changes, and in the second and third books she will indeed transform, shift and grow to be something larger than life. The first book is essentially an establishing of many aspects that will later develop in perhaps very unforeseen ways, but as the second and third books are released I will talk more about the potential for personality traits to blossom in different directions. 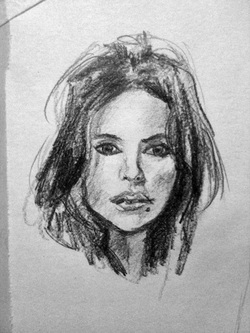 Selena Stephania is one of the most liked, but also one of the most hated characters in Balance. There seems to be a sort of all or nothing attitude from readers, but then I confess I wrote her to be received with exactly that sort of emotion. I did hope that female readers would be drawn to her powerful, independent attitude, but knew there was also more than enough reason for her to be intensely disliked. To date some of the most outstanding comments include one young lady who declared; “I sincerely hope Selena dies by the end of this book”, and another who stated; “If Selena were real I’d be as scared of her as I would be attracted to her.” Either way, hopes for her death or declarations of attraction, I think I can safely say I achieved my intended goals with her character.

For most of the specifics of Selena’s personality I can thank a good friend of mine: Cris “Miss Kitty” Leone. Almost every aspect of Selena originated during conversations with this lovely, real-world young lady; at least the parts concerning Selena’s demon, her relationship with her mother and her self harming. Now, I have to say that I was very cautious about openly stating Selena’s link to Cris. After all, the conversations between us were private and, one would assume based on the personal nature, confidential.

I had been speaking to Cris long before I started writing the book. For about a year, if my insanely bad sense of time serves me right. (It generally never serves me right. I have one of the most underdeveloped concepts of a personal history I've ever come across. ) We chatted on many occasions about her life, family and previous experiences with self harming, every talk one which I found to be deeply interesting and fascinating. The fascination was not only because of the profound, drama rich stories of life, but also because Cris lives in Venezuela, a country on the other side of the world. I've never met her face to face, unless you consider video calling “face to face.”

The two of us met during my month long binge in a popular online game. (The game in question is so addictive that there is almost no justification in my mind as to why it is not ranked with heroine or crack. If I am forced to use the word “wow” in a description of it, it would not be “Wow this game is so great!” But more along the lines of; “Wow, where the hell did the last 72 hours of my life go?”) We “quested” together for a bit, after which I added her on a popular social network and our friendship began. Presently I can say that we have spoken almost every day for the last two years in one form or another, and I can also honestly say that I’m honoured to know such a lovely, intelligent and insightful woman.

When I started writing the book I knew that the inspiring stories Cris had told me would somehow play a part in the story. How much and to what level, I wasn't really sure, but I hoped that she would allow me to make some sort of reference to her personality. I remember tentatively bringing up the idea with her, wondering if she would perhaps mail me a kick to the genitals at the mere mention of making her life part of a fictional story. And, as I’m sure you've already guessed, not only was she thrilled by the idea, but so enthusiastic that she virtually gave birth to Selena Stephania.

As the story progressed, Cris’s involvement in the process steadily grew. She became not only my biggest inspiration, but was also so eager to read the full story that she harassed me on a daily basis to write faster. I can quite honestly say that the book may never have been finished were it not for her help and motivational attitude.

A few people have commented that Cris must be furious at my portrayal of her personality, that Selena is, at the very least, a disturbed, angry and deranged person. But nothing could be further from the truth. Cris loves Selena and adores the work I have done. Just keep in mind that although many parts of Selena are a near word for word recreation of Cris, that I have also placed her personality in very specific circumstances to get a heightened emotional scenario. 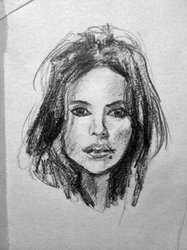 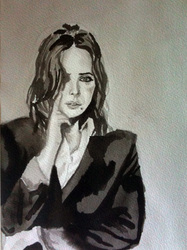 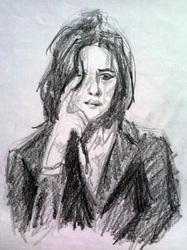 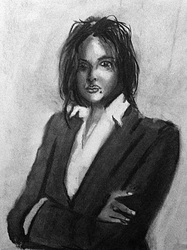 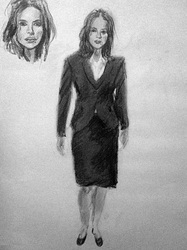 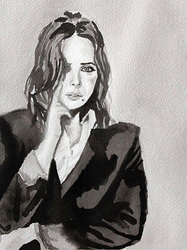 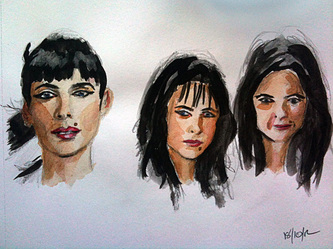 Images by Jason Heritage
Powered by